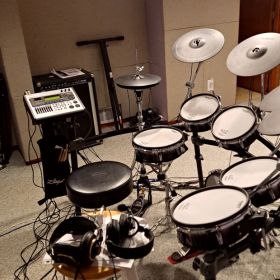 Go By: Ziggy
Graduate of Hamline University in St. Paul, MN, USA
Lakewood Community College in Lakewood, Minnesota, USA
Degrees: An Associate of Arts at Lakewood Community College and a BA at Hamline University in Music Composition.
Plays keyboard/piano, Drums and Percussion
Plays melodic instruments.
Please join Ziggy's Mailing List to make sure you receive The e-Newsletters that are posted. I ... read more

I'm a drummer more than a keyboardist but I can play keyboards too. It's just not the best instrument I can play.

I'm a drummer more than a keyboardist but I can play keyboards too. It's just not the best instrument I can play.

Now take a ride on the Ziggy train as we travel through this wonder-us land called sound, feelings and entertainment in music!!!
Soon, I"ll be coming out with a new one called "Extra Extra" about....well, you decide for yourself what it's about.
A fan said a song (I Find Meetin) had a place called "Meetin" and I never though of it that way before. LOL Great stuff!!
So, these songs I try to leave the basis open for interpretation. And that's "movable art", just like film, music videos, TV series, standup comedy et cetra.
Stationary art is like a painting, sculpture and the like where it's stationary in time.
I have this one instrument called a Key-tar and it's a MIDI instrument which means it has no sounds of it's own. Take a look at the picture with a keyboard standing upright in the background, behind the electronic drum-set, that's the key-tar called a Roland AX-1 (or AX1)
Here are a few links to Videos:
I wanted you all to hear this one that I ran across as I was searching for a few AX-1 videos because it's the style I create.
OK, here are the AX-1 videos...
Enjoy, xZiggy

To all the Fans The studio Update

Hello,
Hey, I'm trying hard to get my song(s) on major distributor sites like Apple Music, Amazon Music and others. It's going to be on about 150 sites. So, you can go on your favorite site and download the songs to have!! If you want more info. reply to this Email and I'll do my best to reply.
Keep listening, coming back for more and enjoy!!
xZiggy

Hello!!!!
Thanks for joining. You will defiantly have a lot of enjoyment here and audio entertainment.
Don't forget to sign up for the monthly or bi-monthly e Newsletter so you can stay updated on what's going on in the studio.
So, welcome and enjoy,
xZiggy

Keep coming back. One day you will be pleasantly surprised or somethin' like that. Just be curious on my side. It's a safe,warm and happy place. Might even be curious and a place that makes you think and ponder. Might be sad, might be serious in a light heated way, but never boar you to sleep.

Case and point. think about energy. It can be concentrated, dispersed and transformed but never deleted or destroyed. Now money is a symbol of what power/energy is. You can gather it up, spread it out or transform it. But you can never destroy it. Sure, you can call it destroying it when you spend or loose it. That's just spreading it around (Dissipating) Or Transforming it. So, transform, dissipate or considerate it wisely or not. It's still the same. Just think what you are doing before you do it. (Think about the energy you dissipate transform and concentrate. It's power and energy. 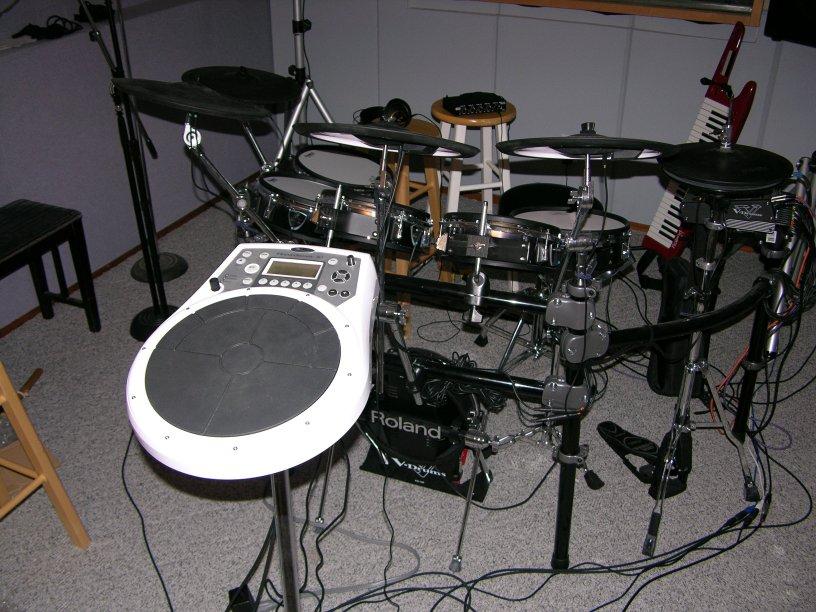 The Latest Happenings in the Studio

Alright, here's the latest happenings in the studio.
1: I have been building a new studio computer from the ground up because I'll know what goes on with it if I have some computer problems and it will be easier to fix. I thought i one I told you about in the last e-Newsletter would have this little "tweak" worked out by now. I don't know what the worker did , so, I can't work it out as I tried a lot of things. Now when mean 'I'm going to build it from the ground up" meaning from the motherboard on up.". Some of it I don't need to "re-build" again. (A Yahoo there!!)
2: I have a lot of lyrics done and one for the song. That song I'm very excited about. When I put the lyrics away and then bring them out to read them again, I don't find any "Words to stumble over". They sound so good, the phrasing is there and the words, phrases sections and form of the "piece" is smooth and easy as we ll as making sense.
I'll leave you with a little taste of the lyrics. The "Hook" is 'Don't worry, Love's comin'". And that could mean for ANYTHING. "Love" is a feeling word that could mean anything. Place it in any sentence and you will know what i mean. Love is NOT just a cliche I have a stronger feeling then friendship for another person. Or "I'm going to make love". But it can mean that as well. So, remember "love" is a verb, noun, adverb or any thing you can use it as. For example, "Don't you love this food?" So, don't JUST put those lyrics in one place and say, 'that's it. I know what it's about." Even I don't know what it's about. Sure, I could think it's about one thing. That would bore me as well the listener in time.
3: Once I get the computer built, up and running, I will be recording music tracks. "Don't worry, love's comin'".
4: I am going to upload ALL my songs on many popular sites like iTunes, Amazon Music. Just look me up on your favorite website that you download or stream and I'll be there. I'll let you know when this happens. it'll be a couple weeks down the line. if you wanna send me a message, go right ahead. I might not answer back but I'll surely see it.
until then, like Casey Casum would say, "Keep your feet on the ground and keep reaching for the stars."
xZiggy