Some great music I've enjoyed listening to in 2018

My focus, once again, as a fan of great music, has been to follow synth-pop-related musicians and online radio shows dedicated to many artists and broadcasters working very hard to let us fans know about the tracks being made.


In particular, the singles of 2018 have brought me much joy and pleasure. Here's some suggestions you may or may not like, but do give yourself the chance to make up your own mind:


Stereo-In-Solo - 'Flowers On The Moon'
(from the CD album: 'Somewhere Out There')

A wonderful gentleman from Paris, Thierry, once part of the 1980's synth-pop duo Stereo, brought us a superb album played on many stations earlier this year, the pick of which being 'Flowers On The Moon'. The album is so good, I've bought five copies on CD, for those who I know would love it as much as many who already agree!

Another duo, singer Darren and producer Alan, making The Distant Minds a force to take note of this year.

Three great songs, of many released this year. You may remember their 2014 single 'The Suicide League', which I enjoyed then, but this year has been even better for the gentlemen from Northamptonshire, England, UK.

Great song by a trio from Portland, USA. They seem up for the challenge of proving it was no fluke, and the very best of luck to them.

There are many other talented musicians from this city in the south-west of England, including Sombre Moon, Sinestar and this gentleman called Alex (a.k.a. Dark Smoke Signal). His song 'The Big Stage' is again, a complete synth-pop song of the highest quality. The production - organic and electronics combined - yes, but the improvisation, the chord-phrases, the wit in his lyrics: it's all there, and a must-listen.


The Frixion - 'Deceive A Believer'
(from the 'Magic' cassette single)

Gene and Lloyd, another duo, bringing us some wonderful synth-pop, 'Deceive A Believer' being the pick of their songs to-date.

A very good Depeche cover, and look out for another cover by the collaborators, hopefully on CD soon.


I could name many more, and perhaps should, but do check out the following shows if you agree with any of the above:

And again, I could name MANY more shows and online stations who offer these talented musicians the platform they richly deserve.


Enjoy your Christmas time, and look forward to a great 2019 and beyond... 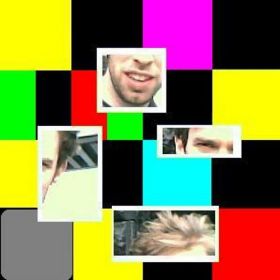 My name's Carl. I'm (at the moment) a former musician who after failing to be a protest-singer, songwriter and producer, now has found a role in music called being a 'reinterpreter'. By this I mean someone who happens to be a passionate music lover, but often wishing artists had approached making their own music in just a slightly different way, and setting about trying to make it just ... read more