Jarel Portman brings an instant alt-indie rock classic with Runaway Blues. A high energy mix of Portman’s vocal prowess, powerfully strummed rhythm guitars, and a bass and drum combination that drives the song into another dimension. Portman’s vocal delivery shows an aggressive warmth that is powerful. Although there is no over-the-top screaming high notes, Portman gives us glimpses of the range of power in which he is capable of.
Runaway Blues is a single off of his Supersonic album. Supersonic is an album which has already found some decent success, as it has landed Top 30 on the North American College Charts (NACC). Upon giving “Runaway Blues” a listen, it is pretty easy to see why. “Runaway Blues” is a nice driving rhythmic powerhouse that offers fans of Alternative Rock a more than viable option. Although “Runaway Blues” would have been widely accepted in the 1990’s, it features a very contemporary and modern feel, giving it a wide potential appeal.
Portman has shown us with “Runaway Blues” that he has found his sound. If he continues to deliver high quality tunes such as this, you can expect to hear him make a lot of noise on the circuit for years to come. Look for “Runaway Blues” on College Radio rotation, and be sure to show your support on social media by Liking and Following these pages:
Stream Runaway Blues: https://soundcloud.com/jarel-portman/runaway-blues
Social Media:
https://www.facebook.com/JarelPortmanMusic
https://open.spotify.com/artist/3gLWr23P6accEwdD1xckUA
https://itunes.apple.com/us/album/supersonic/1280651145 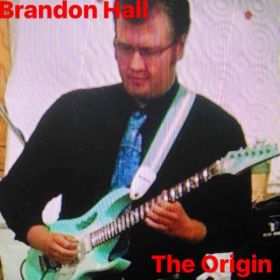