I hope you're all right. several followers asked where they can buy my songs, which of course I am very honoured and pleased about. via bandcamp it is now possible to buy the tracks directly without any fees for me. the price of the tracks is also fair in my opinion. take a look at my site from time to time, work on some projects and will be presented here soon. it is a discipline for me to build my tracks in a way that makes them stand out from the crowd. nothing bores me more than the same sounding tracks that are published in abundance.

thank you very much for your support, in this difficult time with the pandemic it has become very difficult as an artist, because the income is gone when it comes to gigs. i prefer to create new songs for you, but this is getting harder and harder.

Thank you very much for your support 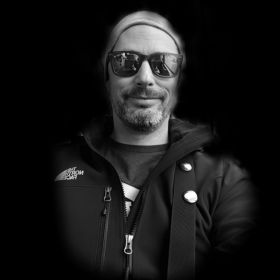 [DJ/Producer] A Story about ... a.k.a.gluecksache alias Michael Glück from Berlin/ Germany. He started to play music in his early years( 17). It started with Grunch and Hip Hop, but this changed relatively early to electronic music. It started in 1992 in Baden Württemberg. Very soon he had his drive in the scene, and until 2004 he played as DJ SONIC in a lot of clubs in Germany, Austria and Switz ... read more