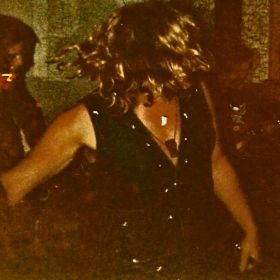 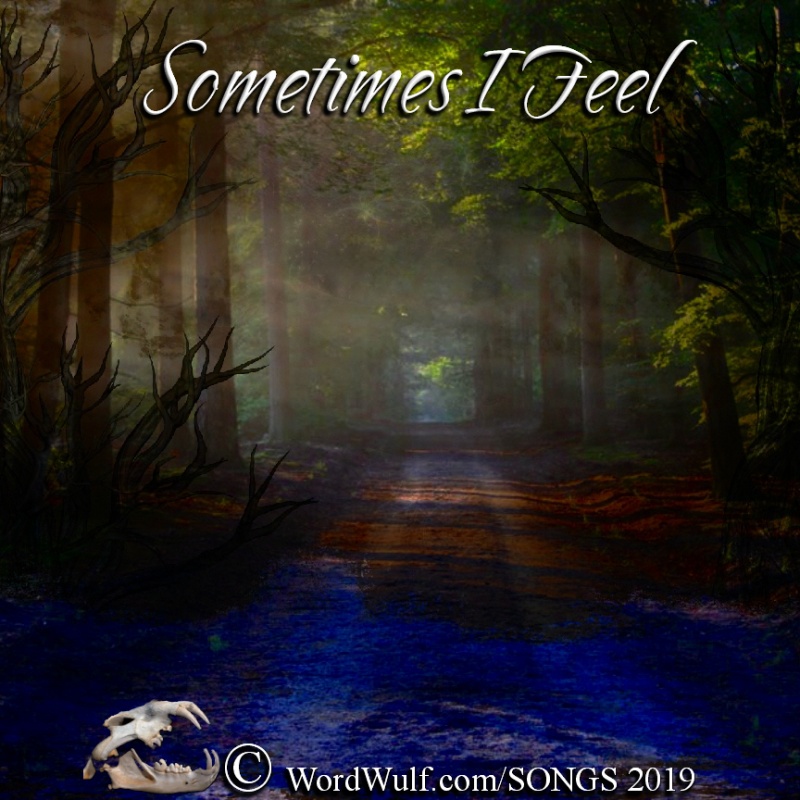 I‘ve been a player and singer in rock bands for three decades. I wrote songs for bands before I did any other kind of writing. My son learned to play guitar about the same time he learned to walk. I don’t do bars anymore and I wonder what keeps me singin’ until something happens like the other night. My son, Tommy, a young man with two sons and a daughter of his own, has a studio in his house. I went over to lay down some tracks on a CD he’s helping me with.

Matt, a guitar man with whom I played in bands for twenty-five years, came over to trade some riffs with Tommy. There was obvious conflict between them and I, completely out of character, stood back and watched. I wondered how it would work out, the gray beard and the young lion armed with axes and bracing the wall. Matt was half stewed when he showed up and continued to chug beer after beer. He toodled around with some old guitar band music, throwing howling laments across the room. Tommy stayed in the groove of what he describes as his own cutting-edge original sound and hurled his fair share back. Troy, my son-in-law and drummer, would just about get a beat picked out on his traditional/electric drum kit then those guitar men would switch tracks and carry that music train away.

I got tired and began to pack my PA system and harmonicas. I know all about guitar players and the misty shades of dawn. Matt was ‘sitting on a stool’, pretty much all the way drunk now. He was finger pickin’, doodling around on his Les Paul. He began to pick a rhythm, almost country and, to my surprise, Tommy joined in on bass guitar. Troy began the process of uniting the guitars through the awesome mystery (to me anyway) of percussion. I watched them for fifteen minutes as the power of the piece grew. Tears came to my eyes and goose flesh claimed the surface of my skin. The three of them had given themselves over to ‘the danse’. I backed into a far corner, lest I interrupt with a shout of silence.

I waited fifteen more minutes to see if Matt would give voice to the music. I heard somewhere that he had started singing and didn’t want to step on his toes. He gave me that ol’ six-pack smile of his and shrugged his shoulders. Hands shaking, I took pen and paper from my war bag. I powered up the PA, clicked my mic on, and stepped into the danse. I scribbled down the first few lines I could pick from the air then allowed my voice to bleed into the haunting spaces between the instruments. “I been up that road (I stopped, felt it my bones, that it was time to wait), “And I been down so very damned long” (pause again); “I been almost right” (oh yes, the longer pause); “And I been, I been so wrong.”

Matt gave me that look I have seen in the forever of my music. The switch-up was coming, they were heading for the bridge. I turned around and faced the wall. What do I do? I don’t know what to put in here, the chorus, what? Panic, they’re rolling, these musicians of beat, chord, and note. I am the word man. I’m supposed to know what’s next. Then I did what I have done thousands of times over the years. I closed my eyes and crawled out of my brain. The energy of the moment was mine. All I had to do was reach up into that space just beyond my fingertips and pull it down to me. A tear created its own path down my cheek as I fell to one knee. The chorus, crushed forever inside me, burst forth and passion issued from my lips: “Sometimes I feel... I feel like cryin’. Sometimes I feel... I feel like singin’.”

The instruments overrode me and, in their insistency, I understood, the next few moments were theirs and theirs alone in this danse, this making of love, to the moment, the air. She owned us, this mistress and her urgent flow of energy, surging and swirling between and around us. And they came down. Yes, like warring angels, they sped to a cushion of peace. What now, Mister Word Man, what now? My other knee found the floor and I surrendered my all to a breathless pause. “Like I can’t stand” (wait... wait..). The musical spiders are weaving their magick silken chord voices... “I’m a man.” And so it went... a new musical child was born.

My bar room days are over. I miss those old players and riders. I might never see my buddy Travelin’ Matt again but we wrote some kick ass songs, me ‘n him, and sometimes I feel. For that night and maybe one or two to come, I am determined to write and sing for the rest of my unnatural life. Here’s the rest of the song.

There’s a ride I missed
a few I shouldn’t have taken
Yeah, my heart has sung
It’s been on the wrong side of breakin’
Sometimes I feel
I feel like singin'
like I can't stand
I'm a man

I look in your eyes
I am lost to all the rest
There's a fire there
You’re the worst; you are the best
Sometimes I feel
I feel like singin'
like I can't stand
I'm a man

Thank-you for the plays and requests. To those who have asked where to purchase our songs, we have uploaded a couple dozen them to https://store.cdbaby.com/cd/wordwulf
They are on sale there for .99 each. You can also email me personally at wordwulf@gmail.com I’d be glad to send you your favorite. Welcome to all new subscribers. We appreciate the positive emails and spreading the word about what we do!