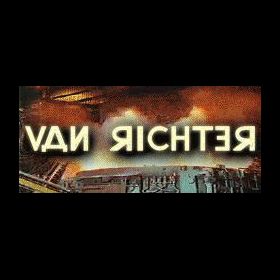 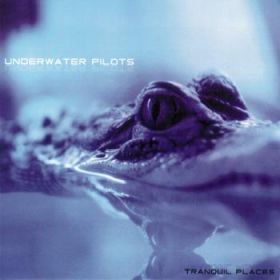 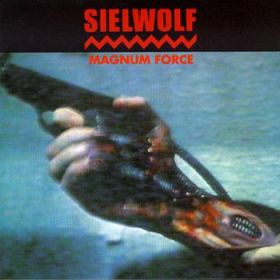 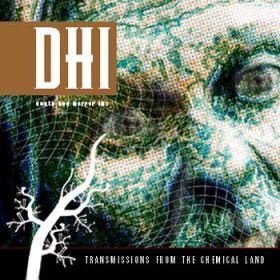 Transmission from the Chemical Land 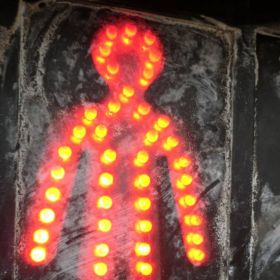 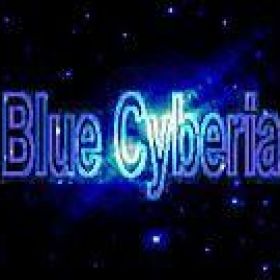 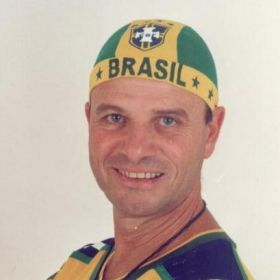 Van Richter Records was formed November 1993 in San Diego California by long time loyal fans of Industrial Music . Our mission is to develop the careers of the leading Artists in the Industrial music genre. The top priority of Van Richter continues to be "quality not quantity" in our releases!

Every album including the packaging is of the highest quality in the music industry. Since our formation ... read more

Underwater Pilots are Manuel G. Richter and Gregoire Vanoli. They are a german band creating electronic pop music with subtile darkness, melodic hooklines and dancable beats. Mostly they work in the area of dark-electro and the future-pop-scene. In 2002 the guys met for the first time while working on a remix and noticed that they had a similar way of feeling music. But Manu and Greg also noticed their completely different ways of producing. While working together,they saw how they could complement each other and decided to start a project. Why they chose Underwater Pilots as the band name? Because Manu and Greg love spherical and liquid sounds, kind of an underwater feeling. And the guys both love to sit in their cockpits, pressing buttons and turning wheels.In summer 2002 they created a first demo. They worked on some older tracks from Manu, giving them a more modern touch. This was the beginning of Underwater Pilots. Manuel G. Richter: vocals, production Gregoire Vanoli: live-electronics, production Greg's history Born in april 1977. He grew up in Bblingen, Freiburg, Lrrach, Tunis and Hameln. Then he moved back to Freiburg, then Hameln again, and finally he lives in Hamburg. He began to learn the piano in Tunis, and years later he begon to teach himself guitar and bass in Hameln. During this time, he played in rock-, funk-, fusion- and Big- Bands. His interest in electronic music came up in '97, and soon after he got his first own computer. He then worked on many different projects, mostly unreleased until today. Today, he works as a supervisor in video - postpoduction and 3D animation, and supports many people in digital video productions. Manu's history Manuel was born in january 1974 in Mlheim/Ruhr (Germany) as the son of two musicians and grew up near the small town Hameln. At the age of ten he began to study the drumset for eight years. Later he started to explore electronic music. He played in different projects and bands from classical drum ensembles over pop to rock bands. In the early 90's he started to combine the drumming with electronic sounds and compositions. From 1990 to 1998 he recorded some tapes, a CD and played a lot of gigs with his band One Step Divine. At the same time he worked on some electronic projects between pop, electro-ebm and experimental. Since 1997 Manuel has been working on experimental composing and sound art, released some vinyl and CD albums on Hands and a lot of compilation tracks. He's played many live gigs in Germany and other european countries. Manuel works as an educator and freelance music therapist in Leipzig. Since summer '05 he's also been teaching sound synthesis at the sae-college.

Underwater Pilots are Manuel G. Richter and Gregoire Vanoli. They are a german band creating electronic pop music with subtile darkness, melodic hooklines and dancable beats. Mostly they work in the a...

The year is 1999 A.D. ... The electro-industrial three-piece Lineup... Zaphor (Volker Zacharias) - vocals and guitars, Axel Ermes - guitars and bass, Hauke Harms - Electronics (live crew Marcus Giltjes -drums, Mark Wheeler and Raj Sen Gupta guitars) ... more than a decades worth of work of the trio know as Girls Uunder Glass! The alternative scene has changed much over the past decade; more and more bands have proved that their idea of crossing and melting different elements in music - from Metal through Electro -Trance to Industrial can be successful. The Hamburg, Germany based Girls Under Glass are leading innovators of musical openness and known for their overlapping mixture of styles since G.U.G's founding in 1986. After twelve years and nine European releases (1988-1997) - Humus, Flowers, Positive, Live at Soundgarden, Darius, Christus, Down in the Park, Exitus, and Crystals and Stones - Girls Under Glass are still leading representatives of modern alternative music. This reputation has given G.U.G. members Zacharias and Ermes the chance to play an important role in the beginning of Cassandra Complex in 1990. 1997 brought the release of G.U.G.'s Firewalker in Europe which was considered by the media at the time as the toughest, most aggressive and uncompromising Girls Under Glass album to date, which continued to push the band far ahead of its peers in the Electro/Metal/Industrial and Wavescene with their unique multi influence and diverse style. Now comes the long awaited Girls Under Glass anthology Nightmares - spanning over a decade of work with rare, and unreleased material,cover versions, remixes, and brand new tracks including a dance floor cover version of the seminal John Carpenter title Halloween. The influence and importance of Germany's Girls Under Glass in the genre has garnered the attention of fellow countrymen and industrial giants KMFDM and Die Krupps both whom have remixed G.U.G. tracks that will be appearing on the first ever Girls Under Glass North American release on Van Richter Records. Now the year is 2001 and the second and most ever anticipated U.S. release of Girls Under Glass... (one of the most influential Gothic / Darkwave and Industrial bands on the underground scene for the past two decades). This new compact disc contains the seminal Madonna hit title track Frozen (Ray of Light) remade in the GUG signature image. Bruno Kramm of Das Ich offers up a brilliant mix of the song "Wings", and the number one synth pop band in Europe - Wolfsheim - contributes with their compelling vocals on the dance track "Grey in Grey". Rounding out this great Disc is the Firewalker angst single "The Bitter End" Even though this new release is a mere thirty minutes in length it has six hugely significant songs on it with contributions from the premiere Artists in the darkwave,gothic synth pop and industrial genres. Frozen is a record that can seriously be considered as a more accessible NIN Broken! Girls Under Glass goes back to its gothic and darkwave roots with their latest release entitled "Equilibrium". This album comes with the bonus Kraftwerk cover version "Radioaktivitat" by the GUG side project Trauma.

please check out these unreleased gems. Please support our bands with a purchase of the music/-)

Give the gift of Industrial and Gothic music this Holiday

Please support our bands and label with a purchase this holiday season at any of the following links. Thank you ;-)

Itunes announced shuttering is very sad. Please support our partnership with bandcamp at (expired link) where you still have the choice to purchase downloads or streams from our catalog with bonus tracks added regularly. Thank you to all of the fans for your continued support. .

Van Richter Records was formed November 1993 in San Diego California by long time loyal fans of Industrial Music . Our mission is to develop the careers of the leading Artists in the Industrial music genre. The top priority of Van Richter continues to be "quality not quantity" in our releases!

Every album including the packaging is of the highest quality in the music industry. Since our formation Van Richter Records has been very selective in Artist signings. We now have a dynamic and diversified roster of seven of the leading Industrial bands - Testify, The Fair Sex, Plastic Noise Experience, Sielwolf, Death and Horror Inc., Girls Under Glass and Underwater Pilots.

Our Artists cover the entire spectrum of the Industrial sub genres including Aggro, Electro, Darkwave, Noise, and Ambient. We invite you to peruse our interactive website and decide for yourself what all the buzz is about. We are here for the music first... not the money. Remember... the Van Richter moniker stands for the best in industrial music. (expired link)