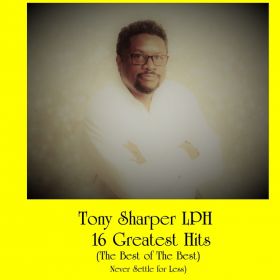 At the heart of every great pop creation is a compelling bass line - and this track benefits from that - but 'Searching For Your Love' is ultimately most remarkable for its vocal talents.is easily one of the most refined pop albums we've auditioned - with many songs exceeding conventional superlat ... read more 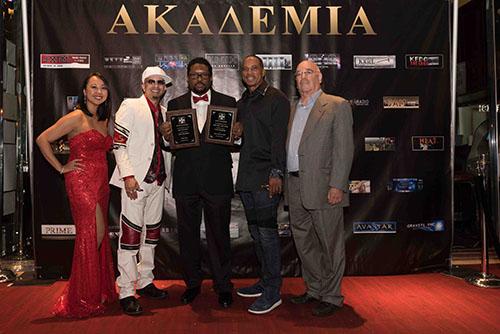 With his original new single ‘God, Lady You And I’ rapidly climbing the charts, Tony Sharper and his unique brand of well-honed R&B / soul is rapidly becoming a musical success story thanks in large part to his impeccable melodic instincts.
Like R&B / soul? Many do, perhaps in yearning for a return to great musicianship and melody. Here is an artist that ably serves the sentiment. Originating from Daytona Beach, Florida, Tony Sharper has quickly risen on the strength of his new award-winning single ‘God, Lady You And I’. Recently, the critics had this to say about his work: ‘Tony Sharper sings with incredible finesse - few could rival the shivering eloquence of his vocal style - but this time-slowed ballad is remarkable for its intense string ambience as well.’ With his new single steadily climbing the charts, Tony Sharper seems destined for the global limelight. Reporter Lauren Thompson recently caught up with the talented artist to learn more about what inspires him to create his unique brand of R&B / soul music and what we can expect from Tony Sharper in the near future.

LAUREN: Let's just get this out in the open- What is the craziest thing that has happened to you in your music career?
TONY SHARPER: When I first met James Brown at Sundown Studio in Greenville, SC. I got a phone call from the engineer to come to the studio, James Brown wanted to meet me my manager at the time Rev. Donald Hill drove me to the studio, someone from James Brown crew name Johnny Terry met with me and talked to me about my music, he and Mr. Brown heard some of our songs. Rev. Al Sharpton was with him doing his first recording, but I did not meet Rev. Al Sharpton, mean while Mr. Johnny Terry wanted me to sell some of our songs we wrote for our band called Love, Peace, and Happiness we had some great R&B songs. When I informed Mr. Terry we were not going to sell our songs. Mr. James Brown was standing outside the door and came in the room I was shock, he told me my name is James Brown he informs me he loved our music and was seeking a new band call the JB’S 2 and would like for us to be that band, wow, that was a shock to me. Mr. Brown gave me the number of the owner that owned King Label, which he used to be on and to call him in a few days. I talked to the band and they turned down the deal, I informed Mr. Brown of this. Two week went by myself and a friend name Clarence T. Wright went to see Mr. James Brown at his office in Augusta, GA when we got there, his secretary called to let him know we were there but he refuses to see us. The next craziest thing I had was being introduced to Bobby Byrd in Atlanta, GA through Lewis Yearden III who was over our A&R Department for Sharp Hip-Hop Division. Myself, Lewis, and Mr. Bobby Byrd talked on the phone maybe two times a week. Later, Bobby informed Lewis that James Brown had remembered me a longtime back. Bobby Byrd also said I reminded him of himself when he was younger. When I talked to Bobby on the phone I asked him to get CNN to do a story on him because he played an important part with James Brown life, months later Bobby and his wife was on CNN. Sometime later Bobby got sick and his family gave him a surprise party, I was invited to the party me and a friend name Mike Cruver went, Bobby sons and friends wanted us to play “Sex machine” by James Brown. Harvey Scales who wrote and received a Grammy for the song “Disco Lady” which Johnny Taylor sung was the MC at the party, this was the first-time Bobby got to see me play drums, and he was shock the way I played. I’m a bad man on the drums.

LAUREN: Your song ’God, Lady You And I’ is receiving a positive listener response on radio. What was your initial reaction when you first heard your song playing on radio?
TONY SHARPER: I was very ecstatic, and very proud of my accomplishment with this single. I’m very thankful for the positive response the single is receiving.

LAUREN: What was the inspiration behind your debut radio single?
TONY SHARPER: The inspiration behind this single, came about because often in life we want and look for that special someone to share our life with, and sometimes it comes sooner and sometimes later, but having the patience to wait on God to send you your soul mate is very important.

LAUREN: It is often said that great art arises from difficult experience. Is there something in your life experience thus far that you would describe as the ‘catalyst’ or ‘fuel’ for your desire to create music?
TONY SHARPER: Yes, my mother passed when I was 16 years old in an auto accident, which was a difficult time in my life, she always believed in me and my dreams. My mom knew my love of music at a very young age, she said when I was as young as 2 I loved to beat on things, anything at the age of 4 she got me a paper drum set, as I got older she bought me a real drum set and would allow me to play drums, when my father did not allow me to, when he would leave for work she would allow me to get up and play my drums. My mother is the ‘catalyst’ behind my drive, because when she passed, I promised her I would make it and I have been striving from that day to this day.

LAUREN: How would you characterize yourself as an artist/musician? (Ex. Down-to-earth, serious, fun-loving, complicated…)
TONY SHARPER: As an artist, being true to my music. As a professional musician (drummer), I love to play drums. I can get lost in everything that I’m feeling or going through when I’m on the drums.

At the heart of every great pop creation is a compelling bass line - and this track benefits from that - but 'Searching For Your Love' is ultimately most remarkable for its vocal talents.is easily one of the most refined pop albums we've auditioned - with many songs exceeding conventional superlat ... read more