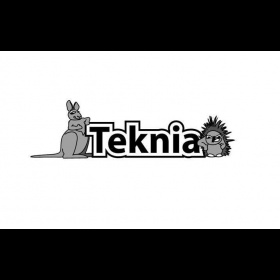 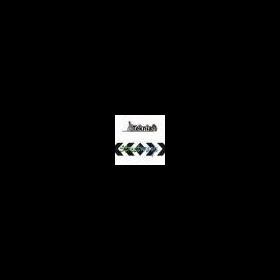 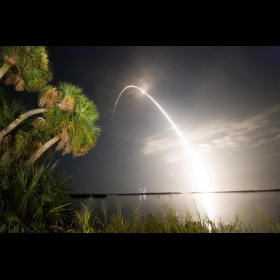 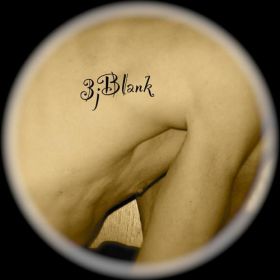 Teknia (abbreviated for: Total Extreme Killing Nothing In Absolute) is solo hearing impaired artist here to show audiences a good time while performing songs about life, love, loss & anything that Life can throw at us with influences from Ash, Manic Street Preachers, Lior, Bob Evans, Radiohead, Jeff Buckley just to name a few with songs that speak to the Mind, Heart & Soul Teknia is surely to be e ... read more

Important Question to all the fans

Hi All,
Recently I asked a Very important Question that thus far I've
had no reply to so I figured maybe people haven't checked their
messages or maybe they forgot to reply
either way I really need to know the Following:

Should I put my 1st EP Streetways up on YouTube?

The EP has since been sold out & with no plans to repress the EP
Ive been wondering if this may be an idea that some people wish
to hear the 1st record I ever made in FULL! 2 tracks from the EP
are available on here Faithless Followers & Guilty Society
so please let me know If you think its a good idea or not?
thanks all
T

Hey all!
I trust that all of you are keeping safe & for those of you who have just started
Summer in the Northern Hemisphere you are able to leave your homes & enjoy
the Warm summer sun, however for us down here in the Southern Hemisphere Winter
has just started & it has been a rather obscure start to the winter some warm sunny days
followed by freezing cold days

Anyhoo! as promised this Fortnight I have just uploaded 2 new tracks which I hope you will
like again more unreleased demos that have never been heard before by the general public
this time I decided again to go with more instrumental/experimental stuff

I was hoping to upload a protest song that I wrote many years ago but in light of recent
events I decided against it as I don't want to inflame peoples emotions as people are already
volatile from the recent events which have been circulating in the last week or 2 so these 2 tracks
I have put up "Drive By" which is more of a dancy number to just jump around the house & go silly
& "Church Bells Ringing" which is more of a relaxed chill out on the couch Sunday afternoon type
vibe to hopefully help ease peoples tensions perhaps? anyways feel free to let me know what you
think of these 2 tracks, again they are only demos so I may (or may not) re-record these tracks in future

Finally I want to ask all of you a Question of Interest:
I have been wondering for some time now
IF I should Release my 1st EP "Streetways" up on YouTube? as a lot of bands put their records on
YouTube now & the EP has since been finally sold out & I have no plans to re-press the record
what do you think? is it a good idea? bad idea? let me know! the 2 singles from the EP are "Faithless Followers"
& "Guilty Society" so I'm interested to hear your thoughts

Hey all,
Apologies for not writing in sooner, must have slipped my mind oops!
Anyhoo! Today I've uploaded 2 new tracks & the Previous fortnight I uploaded 4!
so 6 in total so far...just to give you the rundown

The other track I've uploaded today is "Jungle Minefields" which goes into the Genre of EDM or simply Dance Music
something I had previously never had attempted to do before again this was from the same time of 2004 so I haven't
don't anything in that Genre since but it was more an experiment to see if I could do it, there are other tracks from
that session too however I will await to see what the response is to see if I will put more up from that

Hey all,
hope everyone is staying warm & safe all cooped up at home!
last week I added 2 new tracks "Bedslobs" & "Mr Spaceman" the first 2 tracks I ever recorded back in 1999 as a very young naïve 18yo! I had never done any recording & had been writing some songs & my friend who had a studio let me do some recording with him & while the 2 tracks are extremely cringeworthy & it has never been heard by the public before (yep been locked in the vault for the last 20yrs & never been played live either) I decided after the reasonably good feedback from the 1st b-side Forgotten Hero I thought to add something very different

thanks for the continued support everyone & for those who have privately messaged me if I have not responded I apologise & will get back to you asap!

Hi all,
first of all I must apologise for not being in touch in quite some time!
a lot has happened since the last transmission! so I do apologise for not keeping in touch
but thanks so much to all those people who have reached out to me I always endeavour to
respond to personal messages

As everyone is keenly aware of the Global Pandemic has made life difficult for several countries
around the world & I too am no exception forcing me to stop Busking for the time being
& also to stop making progress on the recordings I had started working on
however what I have decided to do is reach into the vault of old Demos that have never been heard
(& most of which never played live before) by the public demos that were recorded at my home studio
from 2002-2005 so I have already uploaded the 1st track "Forgotten Hero" IF there is a demand for
more tracks of the old demos I will put them up
hopefully Lord willing we are able to get through this difficult time & more music will be available as
originally planned
stay safe & should you feel you would like to get in touch feel free to do so!
cheers all
T