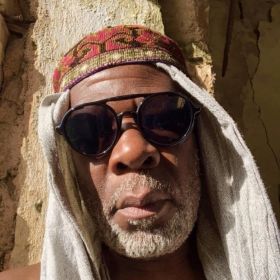 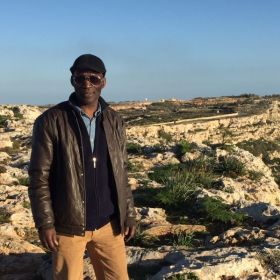 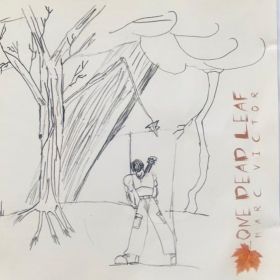 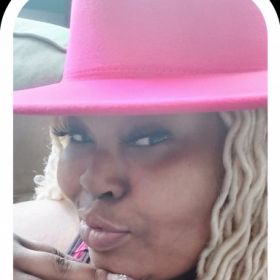 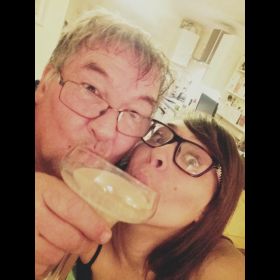 Exposed Vocals: So tell us your story. Where did you grow up? What made you decide to become an artist?

I was born and grew up in Jamaica for the first seven years of my life, then finished growing up in the UK and other places in the world. I started playing music in the church where my family attended in South London, but t ... read more

Exposed Vocals: So tell us your story. Where did you grow up? What made you decide to become an artist?

I was born and grew up in Jamaica for the first seven years of my life, then finished growing up in the UK and other places in the world. I started playing music in the church where my family attended in South London, but the first notes of music in my life came from my fisherman uncle in Jamaica, when he came home one day, carrying a piece of bamboo, carved a flute and blew it, so that’s how I was infected by the musical virus and knew that’s what I wanted to do. When I left school in 1969 I saved up and bought my first guitar. I played in the church until later on in my life I went on to play with different bands, and I toured around Europe, parts of north Africa, then eventually I found myself living in a valley in a tent for one year in Jerusalem, living free with nature and writing many songs. I met up with some musicians; we formed a band and toured around Israel doing various festivals, and even playing live TV broadcasts.

Exposed Vocals: Since everyone was a start-up once, can you give any smaller or local bands or artists looking to get gigs and airplay some tips?

These days because of the increase of knowledge and social media, musicians and artists can do millions of recordings, but The important thing is to get those recordings out into the ears of people, its a bit like the sower going out planting his seeds, scattering them around the earth, and never knowing where they may fall and grow, but the most important thing at the end of the day is the; good-old-getting-out-and-playing-live, because after recording those amazing songs, we must go out and play what’s on the record, and if we can deliver, that is total fulfillment.

Exposed Vocals: Do you ever make mistakes during performances? How do you handle that?

In my early days of performing I made a lot of mistakes on stage, and because of inexperience, I didn't know how to cover it up, but as I excelled as a musician, I found out that we all as musicians make mistakes every day, but because we are experienced, we know how to cover it up so that not even the crowds know about it. Beethoven once said; " To play a wrong note is excusable, but to play it without passion is inexcusable," And Miles Davis said; " If we play a wrong note, its the note that we play afterwards that counts". Repertoire in French is translated as "Repeat", so as musicians if we keep on repeating what we have learned, we will eventually become perfect.

Exposed Vocals: Do you tour? Anything interesting happen on tour that you think our readers would enjoy hearing about?

The most interesting tours I've done was; opening shows with my band for groups like; Third world, Misty in Roots, Chemical Brothers, Run DMC, Buju banton, and sleeping on top of the mount of Olives in Jerusalem around a wood fire, then waking up in the morning and seeing the sun shining on the walls of Jerusalem, as I listened to Mozart’s Requiem in my headphones, very profound feeling.

Exposed Vocals: Any planned studio upgrades? What are you working with now?

I can remember the days when I recorded guitar on a bashed up tape recorder, then listening back to the guitar while recording voice and guitar on another cassette deck, so for the first time I was able to listen to two guitars, and vocals coming from one tape recorder. These days I work with a YAMAHA AW16 machine. I have logic Pro ex, but I hardly ever use it, because I prefer to play all of my own live instruments, and if something is not right, then I can do takes and takes until I'm pleased, so the humble equipment I have now is all I work with. Even though I try to do my recordings as best as I can, I still tend to look at everything I do as plain ‘ole Demo's.

Exposed Vocals: How do you find ways to promote your music? What works best for you?

I promote my music on Reverbnation, Cdbaby, (expired link), and different networks around the web, but again the best way to promote it; is always meeting other musicians, Jamming, finding out what’s new, finding new leads on music and also what other musicians are creating. These days because of social media, everybody is their own judge, jury, and record label, and does what suits them, but ultimately a Musicians progress must be, the moving forward to the place of discovery.

Exposed Vocals: If you could perform anywhere and with any artists (Dead or Alive) where and who would it be with? Why?

It would have to be with Bob Marley. When he came to London I didn't go to see him live, but my ex woman did, so I missed his concert. Years after that I found myself playing with my band on the same stage where I missed his concert. The reason I'd have loved playing with him is because; I had a dream that we both sat looking each other in the eyes, he sat on the other side of a large wooden table, and I sat on the other side, but we never exchanged a single word to each other, but one day as I listened to his album "Talking Blues" I understood what he was saying to me with his eyes in the dream. I also had a dream that "Michael Jackson and me" sat on top of a high chimney looking out onto the horizon communing with each other. I also dreamed that myself and "Muddy Waters" were having a jam, he was playing along with me on my tune called; "Painted Boots", and I was jamming with him on his tune called; "Mannish Boy", so these are the artists I would've loved playing with.

Exposed Vocals: So, what’s next? Do you have any new upcoming projects that you want to talk about?

Judging from social media, I think I have a large fan base in California, so I'm thinking to visit there very soon to play around some venues and see what will happen, because I have always wanted to go there, I just feel drawn to go and perform there, so guess I'll follow my intuitions.

Exposed Vocals: If you weren’t making music, what would you be doing?

If I was not making music I would be making sculptures, painting and drawing full time as an artist, but all arts and creativity are one and cannot really be divided, I'm making music only because the music sperm swam faster than the sculpture sperm, beating it to the round finishing post that looked like an egg, but I still draw often.

Exposed Vocals: What should fans look forward to in the next year or so?

In the next year or so, I'm looking forward to create some very new stuff like; plain acoustic guitars with vocals, and do some recording with homemade musical instruments, Arabic Oud guitar with my own interpretations, using various different instruments from around the world, mixed with songs and poetry. As a musician I don't like to emulate others. I like to make homegrown organic music that speaks of wisdom, life experiences, and hope for humanity. When I create music, I always imagine how others will hear it, and hope that they will like it too, and take from it their portion.