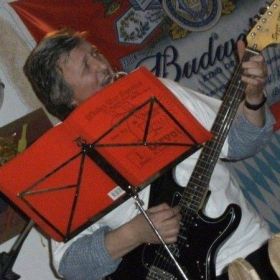 I started play guitar in 1968 with an EKO tramp 2 ,my first band was CSP and after Eden art trip ,from 1974 to 1993 I was in the army ,after this job I had another band "the prosken wine experience " in which I played since 2012 ,after only solist career since 5 years ago when I startet to play guitar for a tenor in the group ALPENGLOW :many other songs on youtube channel " John Wine " you can... read more