Something In The Way 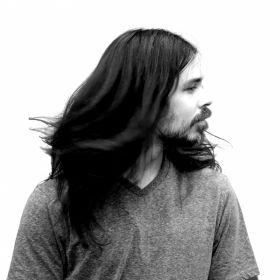 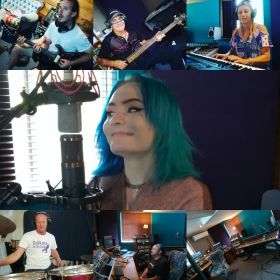 for all the info and all tracks by KAIN'S TORMENT visit link (warning the KAIN'S TORMENT website works best on a computer ... you cant hear tracks etc on a smart phone / tablet)

After doing a few open mic nights in local pubs I decided to form Kain’s Torment which is based on the vampires romanticized by Anne Rice as seen in the movies ”Interview With The Vampire“ and ”Queen Of ... read more

I'm Kain and "KAIN'S TORMENT" is my baby :) I write all my songs and play lead guitar and backing vocals on every track. Then i find the right individual drummer/singer/bassist for every track so it sounds perfect. I then record and mix everything. At gigs i just play guitar to a backing track.

I'm Kain and "KAIN'S TORMENT" is my baby :) I write all my songs and play lead guitar and backing vocals on every track. Then i find the right individual drummer/singer/bassist for every track so it s...

Message to all my fans

Firstly thank you for all your support and your amazing messages to me they mean a lot and they really do make my day.

Secondly I apologise for being completely quiet these last few months and no I haven’t quit making music I will never quit making KAIN’S TORMENT tracks and gigging. The truth is I have a health issue it’s my sinuses and it’s getting much worse. Basically my head and nose are pretty much constantly blocked so it’s incredibly hard to think and talk (even more than normal with my speech) At the moment it’s quite hard to do anything. I am getting help from the Doctor but it probably will be a while before I have any more new tracks for you and at the moment I have no time frame as I’m taking one day at a time. When I’m finally better or free from this chronic sinus problem there will be loads of tracks etc coming your way. Just hang in there and be patient as my Rock Music will never die.

I love you all and keep rocking.

a big THANK YOU

I've just seen I have 191 subscribers WOW thank you and your support means a lot.

They say conquering America is so hard, but going on these stats it seems like I've done just that without even trying ha ha ROCK N ROLL BABY :)

For the "Something In The Way" album I've written a massive 29 songs but I'll probably gonna cut that down to 25 tracks. But before I go on I need to apologise to you all for taking years to write / record / mix one track. The thing is I don't have any full-time Band Members its just me doing everything and if i've had a proper singer / drummer / bassist then the "Something In The Way" album would probably be finished within 2 months. If you the fans are musicians and want to e part of KAIN'S TORMENT musically then I'm more than happy to us to work together over internet providing you have Shure Mics to record etc.

Lastly a bit of shameless PR ha ha. I play World of Warcraft and i'm obviously Horde :) I've just made a guild called "KAINS TORMENT" on the Chamber Of Aspects realm. This guild is for any rockers and KAIN'S TORMENT fans so come join :)

Thanks for all of your support, it means a hell of a lot to me that you like my music. I'm now on Diamond Membership so all my tracks are now available