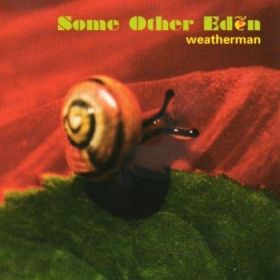 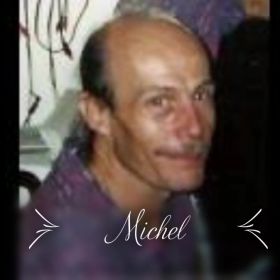 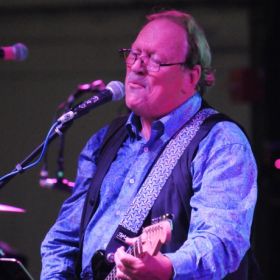 Invisible Poet Kings is truly an American band. The four members come from different corners of the United States bringing together a wide variety of musical and artistic influences. The music is produced by founding band member, Barry Keenan and engineer, Matt Forger (Michael Jackson/Quincy Jones}.
Although the band will tell you that the music they perform is, “their music”, the category that i ... read more

Educated at Syracuse University and SUNY College at Buffalo, Matt Forger began his involvement in the music business by mixing live sound for rock bands in the Northeast. Shortly after moving to Los Angeles, Matt secured a staff position at Westlake Studios, where he met and worked with producers Giorgio Moroder, Keith Forsey, Harold Faltermeyer and George Duke. Later he teamed up with producer Quincy Jones, songwriter/arranger Rod Temperton and engineer Bruce Swedien, working on albums by Lena Horne, Donna Summer, James Ingram and Michael Jackson’s THRILLER. Matt also worked on THE E.T. STORYBOOK ALBUM with Quincy and Steven Spielberg, and THE THRILLER VIDEO with John Landis. Matt recorded and mixed the CAPTAIN EO attraction for Disney, produced by George Lucas and directed by Francis Ford Coppola. He continued his association with Michael on the albums BAD, DANGEROUS, HISTORY and BLOOD ON THE DANCEFLOOR, as well as the short film GHOSTS directed by Stan Winston. He has collaborated with Sony Music on the Special Edition re-releases, THE ULTIMATE COLLECTION boxed set and BAD 25 the 25th anniversary special edition release. Matt is also featured in the Spike Lee film BAD 25, which documents the making of the BAD album, the accompanying music videos and the BAD world tour. His production contributions reach across the globe for artists like Japanese pop superstar Yumi (Yuming) Matsutoya. In 1984 he was first asked to bring a new sound and production techniques to her recordings. He worked on 15 albums as recording engineer, mixer and co-producer, 14 of which entered the Billboard chart at #1. ​ Matt Forger’s current involvement with up and coming talent and independent artists has helped bring production expertise to a number of singer/songwriters and alternative bands, including songwriters Larry John McNally, Fjaere, Invisible Poet Kings and Greenland artist Simon Lynge.

Educated at Syracuse University and SUNY College at Buffalo, Matt Forger began his involvement in the music business by mixing live sound for rock bands in the Northeast.

Shortly after moving to L...

Barry Keenan has a lifetime career as a singer/songwriter. He started recording professionally at the age of 13. By the time he turned age 19, he already had his first major publishing deal in New York and has been a published writer by such notable companies as Warner/Chappell, Universal, All Nations Music, Criterion Music and Peer/Southern Music. As a recording engineer, Keenan has owned and operated two commercial recording studios in the Los Angeles area. He has worked on the recorded music of such notable recording artists as Beck, Warren Zevon, Sting, Devo, Pantera, No Doubt, The Goo Goo Dolls and The Cranberries to name only a few. As a producer, he received his first major break when Miles Copeland (The Police, IRS Records) asked him to produce Adam Ant. He is the recipient of The Arts For Humanities Award issued by The New World Festival. He was honored by SESAC in Nashville for his songs in the #1 box office hit motion picture, Kickboxer starring Jean Claude Van Damne which featured his song, “Fight For Love”. As a recording artist he has recorded for A&M Records and he has received commercial radio play coast to coast from major FM stations KROQ and KLOS in Los Angeles to WCOZ in Boston. His band, Invisible Poet Kings was certified gold on Sirius Satellite’s Starlight Channel. After spending a year on the Songs Of the Times Music Chart hosted by Neil Young on Neil Young’s “Living With War Today” website, Keenan reached the #1 position with his anti-war song entitled, “Our Comfortable Lives” and remained at the #1 position for an astonishing 62 weeks. The song got Keenan his own chapter in the book, La Chanson en Classe d’ Anglais. Other notable songwriters in the book are Woody Guthrie, Bob Dylan, Pete Seeger, John Lennon, Eminem, Bruce Springsteen, Freddie Mercury & Ray Davis. Keenan’s duo, Not A Bus received a review of “Perfect” from Stanford radio station KZSU receiving 8 stars out of a possible 4 star rating for their song, “Google Is My Brain”. Keenan and his band, Invisible Poet Kings are currently tracking with Producer/Engineer, Matt Forger (Michael Jackson).

Barry Keenan has a lifetime career as a singer/songwriter. He started recording professionally at the age of 13. By the time he turned age 19, he already had his first major publishing deal in New Yor...

Jayme Lewis is a Los Angeles bass player, producer, author, and educator. He discovered the bass when his father introduced him to the iconic bass masterpiece School Days, by Stanley Clarke, at the age of seven. Jayme graduated in 2008 from California State University,Northridge, with a Bachelor’s Degree in Music, He then began a career as a sideman in LA, playing with numerous artists from around the country. He cut his teeth in the recording studio tracking cues for Disney and Nickelodeon.

Jayme Lewis is a Los Angeles bass player, producer, author, and educator. He discovered the bass when his father introduced him to the iconic bass masterpiece School Days, by Stanley Clarke, at the a...

For those of you who are interested, there's a new song for you to check out. It's titled "Those Days Are Gone".

The good news is Invisible Poet Kings has finished their new album, "Mutiny In The Dream Tent". The bad news is no release date just yet. The band's management is working on some business deals which is holding up the release. This is a good thing.

In the mean time, there are three new songs posted here on the N1M Network. They are all one offs and have nothing to do with the album. Two of the songs, "You're Not The Only Lonely One" and "The Bridge Is Burning Down" are solo songs done by the band's leader, Barry Keenan. The third song is a remake of the Beatle's song, "Help". "Help" was recorded by Barry Keenan & Paul Zollo as a duo called Z/K. Paul Zollo is a well known rock journalist and author and has interviewed everyone from Bob Dylan to Billie Eilish. He has several books published, the latest, "Conversations With Tom Petty".

If you are interested in checking out the "Help" video, here's the link:

As always, Invisible Poet Kings is very grateful for your support.

Just letting you know there are three new singles in to the distributor for release which we will be posting here on N1M.

Thanks for your support.

We sincerely hope you are all getting through these nonsensical times with some uplifting that music provides.

We here are hard at work and looking forward to 2021 for some live performances and releasing lots of new music.

Thanks for all the great positive responses. We sincerely appreciate it.

Stay healthy and safe during these tough times.

Wishing you all good things,