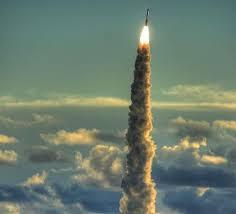 Hello! It has been a bit too long since I last sent a newsletter for sure. Welcome to the literally hundreds of new subscribers that have come here the past few months, it's great to have everyone, & thank you to all who have sent the positive messages about my music, you always make my day.
The best thing lately is getting a broken iMAC I had fixed, it's now running great. It is the "new" workstation (many components are actually new, anyway), & I will now be able to get more done more frequently. I'm getting prepared to do a lot more stuff & hopefully break some old barriers (hence the rocket launch photo here)!
The newest tracks on here as of this date are from the "Corporate Razor Blue" album, which was produced & recorded in 1997. I did a basic re-mastering in Logic 10 & got some cool results with the ambient music tracks, like more advanced effects, but they haven't gone too far from what they originally were, so it's not overdone, in my opinion, anyway. I am considering re-mixing the title track at some point, there are just a few things I could make a little more convincing. I wrote a short historical account of the album that I put on my LinkedIn profile:

"Here is a project I did in the late 1990s, the mix for this was done in late October 1997. I promoted it to radio stations & on the internet in 2000 & a little later. Locally it got airplay on KFJC & KKUP, & also was featured on Internet Radio Free Kansas, was well received in parts of Europe (it got airplay in Rotterdam Netherlands, Luxembourg, & Radio Mafia in Helsinki, Finland, which is actually a commercial station, plus was featured for a while in Andrew Garibaldi's C.D. Services in Scotland). Famous people who have gotten copies of this include Dave Brock of Hawkwind, Keith Emerson (who even said he was going to listen to it the next day), Oliver Stone, & possibly some members of Blue Oyster Cult (if the stage hand actually gave it to them!). I decided to get this back in circulation because the world is so weird now this doesn't seem out of place at all. The radio play was written by Dave Thompson, I did all the recording, composed & played all the music. 3 voice actors were also involved, names are forthcoming at another time."

So, even when I first put it out folks at various independent radio stations seemed to really like the album. Just for easy identification at first glance, here is some info on the tracks. The title track is a radio play, a very strange Sci-Fi political thing, the soundtrack music I did is in 5 pieces, "Voyage Of Mystery", "Guardian Of The Otherworld", "Trance Of Ages", "The Destroyer Arrives", & "Lifescape On Twilightworld". What you see here now is the first time the whole album has been online since the original MP3.com existed, I was there back in the day. The URL is now owned by a commercial site.
I will do my level best to write more often, things are moving forward. 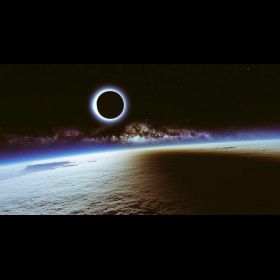 Welcome to HAARP Recording. This has been an internet based record label, as well as an audio recording and mastering service. The acronym stands for "Highly Artistic Aural Recording Project", in case anyone wondered. This got started as a service in 1995, first doing recordings, production, & some engineering for a radio talk show called "A Green Perspective" on S.J.S.U.'s radio station KSJS 90.5 ... read more