Hey Rocker, thank you for following my music. I will be performing LIVE at Hank's Saloon, Brooklyn, NY. January 25th.

Round Robin Records is promoting, me as well as Spike Polite and Sewage, he has a CD out that is really excellent, it's a studio release from Italy, apted named "The Italian Sessions". You can purchase it on www.roundrobinrecords.com

Next next summer, I will produce The Rock n Roll Fetish Frenzy, an extravagant music festival. I'll keep you posted. 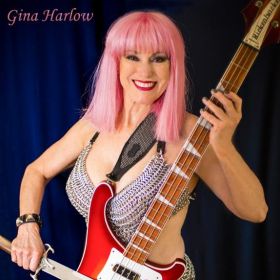 Gina Harlow and the Cutthroats

Gina Harlow and The Cutthroats are NYC icons from 1978 - 1982. They released a hit LP - Gina Harlow and the Cutthroats Live on Stage in 1979, it has become one of the most valuable and prized records for collectors. It was reissued by Rave Up Records in 2015. Gina recorded a 3 song record in 1986, it was never released. Recently, tapes of never released music were found in a vault, a 17 song ... read more