Beautiful beginning! The female vocal first notes are out of this world different. All the vocal work ideas are an incredible mix of classical and modern. The guitar work and overall musical score is wonderful and compliments the voices. I am loving this performance. I am reminded of the musical work in the movie The Fifth Element when I listen to what you have done. I can DEFINITELY see the song used in a movie and even performed as an artist. Well done! 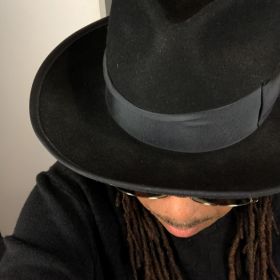 I like the way her vocals are & the mix is nice!! The music is crazy along with the song! Its very gothic & Dark... Will do very good & i think this can do very well in the movies!!! very nice & well put together!!! Like i was saying, Quality Control

i was just checking out this song and i was really really impressed! never really took to the time to check out the genre but i might start and even get into this line of production as well.anyways good luck on all of your future ventures! and feel free to check out my music as welll. and im always up for a good review so let me know whatcha think! 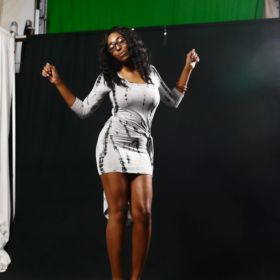 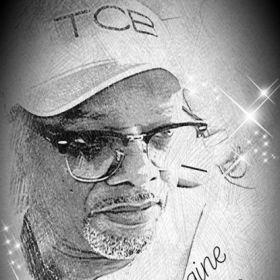 I like this song a lot. It shows how classical choir music can be mixed with modern guitar sounds. Me myself I am educated with that choir music. It is well balanced, the voices of the choir are well educated and have adorable voices. The harmony and rhythm pattern remembers me on the old time, maybe renaissance or the music by Bach, it seems polyphonic. Because of the synth sound it is really straight, but this is also how Bachs music have been played. I want more of that. Go on Erik 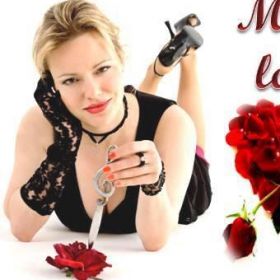 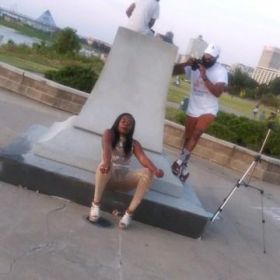 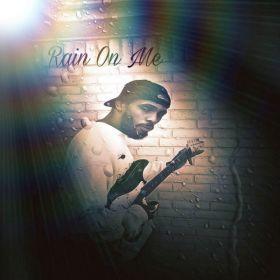 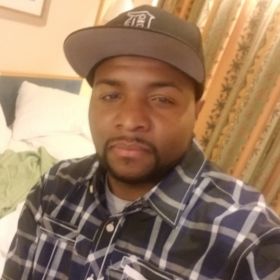 An honest A for Originality and Performance !!! :-)

An honest A for Originality and Performance !!! :-) Nicely done, love the use of the vocal samples and the the exceptional guitar colorings. backing tracks are set very well into the track itself. ( At times the Vocal samples over power, but not offensively) Thank YOU for sharing your Music :-) Best regards, TD 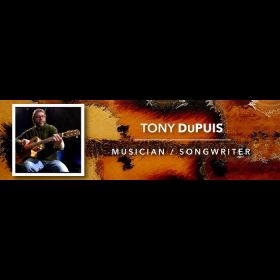 This is a bit different from Eril's previous tracks, a blend of steelguitar with a catchy percusiion background, and smooth, varying vocal chorus in the main lead, overriding each other with a natural blend. An ideal piece for a fast paced romantic theme. The begining and finishing brings a feats to the track. Overall a great track.. 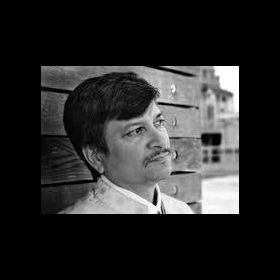 Very good track......The vibe is an updated different kind of thing... but some words could send this over the top. It could be a hit, there is so many words for such beautiful music. It's almost saying to me he has risen and things will be change now understand this music could be used in Movies. Write words give the world a double dose of something good! 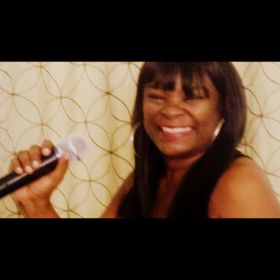 I think this is a very nice guitar instrumental. It reminds me of a traveling scene in a Mexican or western movie. It could also be used in a heroic scene where the hero of the movie saves the day. Overall a well constructed piece. 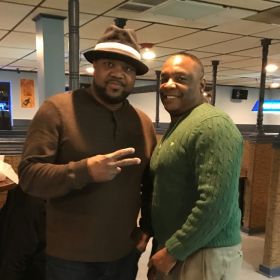 I love the essence of this instrumental and how it says so much without saying anything (no lyrics). Love that it's inclusive of so many different sounds. The fact that it hits every tone from percussion to to strings and synths is almost poetic. I could see this as a sound ii would hear At a jazz festival or radio station because it is so soothing. Great job on not leaving and white space. If I were to critique on any point about this song it would be that i would maybe include a break in rythym or a change in tempo so its not so redundant (repetitive). With all of the different tones in this song i kind of did expect there to be a change up some where. Maybe there was and it was so cleverly hidden that I missed it. But that is the only thing that strikes me about this instrumental. Anyway! Great job! 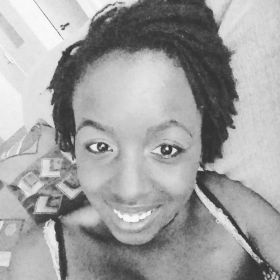 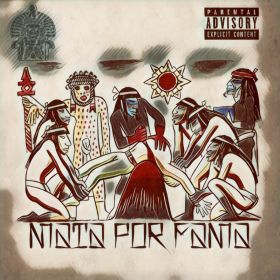 This is something I Really Like It...I will say Opera / Rock..In My Life I only hear something close to that about 25 years ago..I Think this need to be a little longer and released as a Single..This Is what I Call UP End Music.. I Picture It on a Big Stage with Full Orchestra and Great Rock Band and Choir...( hey I Thing I will add a Great Piano ( this will be Me ) on the Middle..) all I will say that You did a fantastic Job to record something like that.. I wish You all the Best.. I Love This piece.. 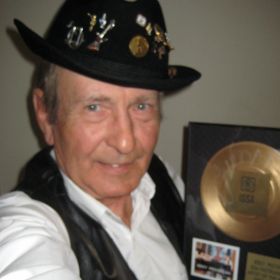 This Artist has attended the music industry's largest judging school N.A.R.A.S,In Memphis,TN.... The Former singer/songwriter Of RFTW, is certifiably platinum if you browse through the listings of his BIO's and his Music you will find that it is a no brainer why he is here at this time in the game DAWAN'S BIOGRAPHY DAWAN is a native of Detroit, MI (Eastside). DAWAN is natural when it comes to singing. At the early age of 4 is when he began to sing, little did he or his family know they were witnessing the start of a talented young man with a singing career awaiting for him. His first love is truly performing and singing. When he was 5 years old he appeared in commercials sponsored by the "City for Youth," an organization based in Detroit. During his teenage years he was featured in a Detroit Job Corps Center documentary, " Struggling Teens and Family Situations that Forced Teens to become Adults at an Early Age." DAWAN really began to be serious about his recording career during his teenage years where he started to collaborate with many local acts and National musical artists including MOET,Carl(superProducer)Mariah Carey's Sony Crave Recording Artist 7-mile,4 Star Engineer Of Parliment "Marty Christ" The Disc Studio's,Barack Entertainment's R.J.Rice of RJAYS Latest Arrival, Slum Village, As Well as Wrote For The Dramatics,Tony Thompson,Timothy Baynard,D-12,Wrote And Produced A few Albums as Lead Vocalist of Ready for the World (multi-platinum selling international R&B group), and Marcus Cole of Commissioned (platinum selling gospel group), and Marcus Johnson of the Marcus Johnson Project and Three Keys (a division of MaramelJ Entertainment) to name a few. It is in 1993 when he began to professionally record for the then MCA (Music Corporation of America) Records producers Keith (KDS) and Eric Scott. Throughout the years he has definitely gained the necessary experience to be a significant part of the music world we have today. He shot tremers through thousands of fans with his singing at the Circle City Classis Indianapolis a few years ago, a Coca-Cola sponsored event. The people that day witnessed a star in the making, and DAWAN will stop at nothing to rule R&B to the fullest. DAWAN is truly R&B's "Best Kept Secret." His weaponry of skills goes beyond expectations. Often, people mistakenly look at him as a rapper, and even though he can rap, his heart and fascination remains with R&B. His vocal skills are dazzling, exciting, spontaneous, and down right fantastic. Words alone can't express what this young man can do for the soul. The debut solo album for DAWAN under the direction of his record label Stoneage Entertainment,has been named Freedom's Son and Second Release God Giv'in Are Both avilable For Download On Digital music Outlets,come back soon to find out More. The albums are based on his past relationships and situations he's witnessed or experienced. His ability to sing, rap, and write are some of the traits that separate him from most other music professionals. He aims to please, and that's what puts his album above the rest. "His desire to ignite, excite, and entertain will turn your blue day into a happy day, these are some of the reasons why we chose to sign DAWAN. If you weren't blue to begin with, then he'll still make you smile anyway, as his music soothes the soul, shoots up your adrenaline, and enflames your spirit,and gets you in the mood. His debut album is slated to hit stores sometime in the near future. DAWAN wants to know how you feel about his music, so please drop a line to DAWAN's e-mail address at: and Check Out Chinadoll Radio on MusicEdit Edit ONLY 4 U, by DAWAN on OurStage ONLY 4 U Let's Go Grind Slowly, by DAWAN Featuring Poe Whosane & Ishmael Soul on OurStage Let's Go Grind Slowly "BLOW" Featuring Poe Whosaine, by DAWAN on OurStage "BLOW" Featuring Poe Whosaine Busy, by DAWAN on OurStage Busy PhotosEdit Edit Untitled image for DAWAN Untitled image for DAWAN Untitled image for DAWAN VideosEdit Edit Back Home Slideo, by DAWAN on OurStageBack Home SlideoReally Let Your Hair Down Slideo, by DAWAN on OurStageReally Let Your Hair Down Slideo Upcoming ShowsEdit Edit None Achievements Recruiter-25 Connector Top-40 Top 40 in Electronic Dance Music, April 2017 Top-40 Top 40 in Videos, April 2017 Press Coverage Add Add Delete_x_16 DAWAN AT SONGCASTMUSIC by itunes,Amazon,Rhapsody,EmusicEdit Edit CHECK THIS SELECTION AND GIVE YOUR FEEDBACK ON YOUR FAVORITES AND WHAT I COULD DO TO KEEP YOU INTO MY MUSIC to purchase all of dawans music And He Really Loves Your Music To Death.................................. Dawan that should mean a great deal 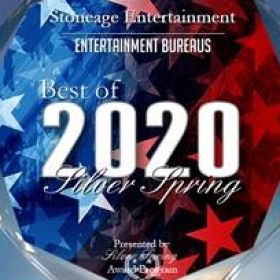