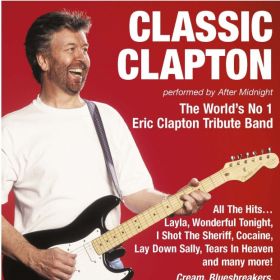 CLASSIC CLAPTON the World's No1 Eric Clapton Tribute Band featuring front man Mike Hall, who not only looks like Eric, he sings and plays guitar like him too!

CLASSIC CLAPTON were formed in 1985 in Newcastle upon Tyne, England, the home-town of The Animals, Mark Knopfler and Sting. This was long before the term “tribute band” was invented. The band originally called themselves “After Midnigh... read more