We are working hard on new album. The album is expected to be released in September/October this year...we will infrom you about the progress..:-)


Thank you very much for your support! 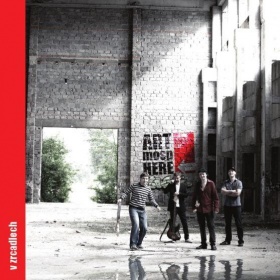 ARTMOSPHERE are a young group of four advanced musicians, formed in Czech republic, in 2011. During the summer of 2012 the band recorded their debut album titled "In The Mirrors", which was launched at Popocafepetl club in Prague, in the fall of the same year.