Hi Rockers,
Just wanted to stop by and wish you all a safe and Merry Christmas and a very happy New Year in 2019.
It's been a busy year. Still working on my new album "The Howling Spirit of Rock", apologies it is taking me so long...
All the music is done and I have started recording vocals. Working on 3 songs simultaneously, "Cinnamon Girl", "Fly to Your Heart" and "Shot of Love". I'm really happy how the music turned out.
Thanks for the messages you have sent my way during the year, it is much appreciated and keeps me going on this project so that you can hear what I want to hear..in the end...
Thanks for your continuing support, you guys and girls rock!
And as always, Play it Loud Mutha!
Take care,
Adrocker 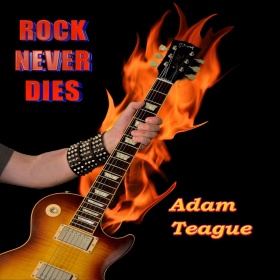 Adam Teague is a singer/songwriter from Bendigo, Australia. His new album of original songs, Rock Never Dies was released in January 2014. Adam Teague is a singer/songwriter/instrumentalist from Bendigo, Australia. Previously the drummer/vocalist in hard rock/metal act Scarlett Crash, Adam embarked on a solo career in 2009, enlisting the services of lead guitarist Steven Herenyi, also from Scarl ... read more